Interview of Nohea and Duncan Avery

Interview of Nohea and Duncan Avery

The Avery Family found Isabel on Instagram after seeing her posts about surviving brain cancer. “It’s hard because we would see stories that don’t have the positive outcomes we wanted to see or were hoping for, then to see someone like Isabel who is doing so well and happy, you can relate to it and see she has come so far, that she’s 21. It’s an inspiration.” After both of the Avery’s kids were diagnosed with brain tumors, they were determined to start an Instagram page to share whatever comes from their experience and to spread awareness, get involved, push for research, find whatever good can come from their situation.

In June of 2018, their daughter Kalea’s symptoms started with vomiting in the morning, but then she would feel fine. A few days later, she started having strong headaches and feeling really tired. Mom would pick her up from kindergarten at 11:30 and Kalea would need to take a nap. The headaches and vomiting weren’t going away so her parents took her to the ER. They examined her and thought maybe it was just viral. They followed up with their pediatrician who referred her to a Neurologist.  However, before she could make the scheduled MRI, the headaches became increasingly more painful. They returned to the ER and a brain scan was ordered immediately. Radiology results came back indicating there was a large mass in the back of her brain. Kalea had surgery a few days later. She was still in the hospital recovering when their son Noah started saying his head was hurting. Initially they thought he was mimicking Kalea’s symptoms at the time, since he was only 4. But, dad took him to the Pediatrician who noticed that Noah was leaning a bit when he walked. Both parents had noticed that as well. Their pediatrician gave them a referal to see the Neurologist. That same day, Duncan and Noah came to visit Kalea in the hospital. When the parents were speaking with the oncologist about they daughter, they asked about Noah. The Neurologist watched Noah walk. He said the leaning to one side while walking was a little concerning so he suggested they take him down to the ER and get an MRI that same day. They received the Radiology results which sadly confirmed a mass in the same location as their daughter’s. Noah was admitted right away to the Pediatric ICU, and surgery was scheduled immediately. Kalea was diagnosed June 8th and Noah 13 days later. Their Tumor is called a Medulloblastoma. It is one of the most common types of brain tumors found in pediatrics. 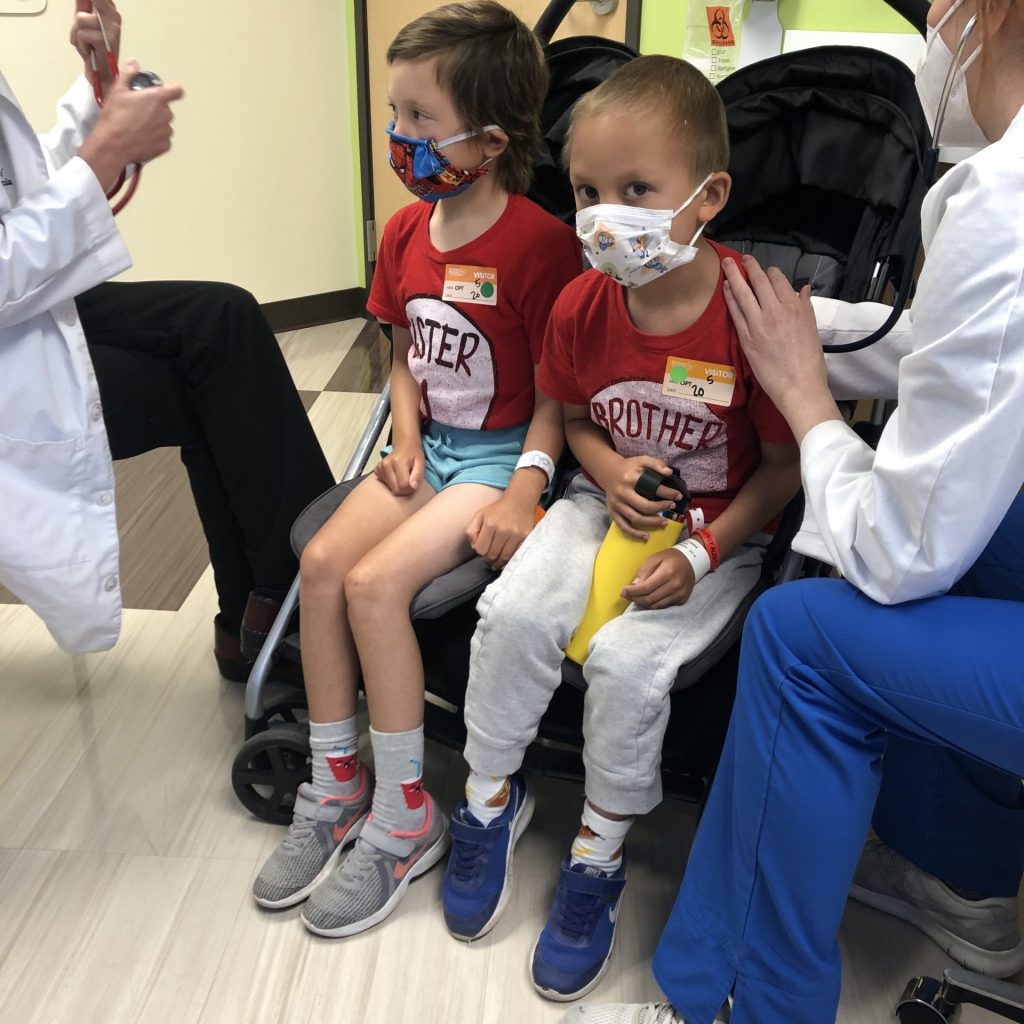 “We were so lucky, I know it’s hard to say we were lucky when we tell people this, but both kids, had the same surgeon, who was able to get a 100% total gross resection. Then after their surgeries, both kids had a MRI of the spine and a check of their Cerebrospinal Fluid (CSF) for any cancer cells. Both of our kids were negative, it hadn’t spread to the spine and it wasn’t in the CSF. So, both Kalea and Noah got through this first hurdle. Both of their tumors were resected and they were ready for treatment.”

After they were both done with their surgeries, their care was transferred to Children’s Hospital in Los Angeles. Standard protocol avoids radiation of the brain in children until they are at least 6 years old. Kalea did the standard protocol of 30 rounds of radiation followed by 9 cycles of chemo therapy. Noah however, because of his age, was placed in the Head Start 4 Clinical Trial. The goal was to get him into remission or at least prolong the time before having radiation until he was older. As part of the Trial, he went through 3 rounds of intense chemotherapy, followed by 3 more rounds of higher dose chemotherapy followed by stem cell rescue after each dose. They retrieved his stem cells and then put them back in during the last 3 rounds of chemotherapy. In Jan 2019 Noah rang the bell at the end of his treatment and went into remission. But then in October 2019, MRI follow up results found a small tumor, about 4 millimeters in size. “Noah had surgery on October 30th 2019 with our original surgeon at Miller’s Children’s Hospital. Again, it was a total gross resection of the tumor.” Then at the end of November 2019, he started six 6 weeks of radiation therapy. He is also currently on maintenance chemotherapy of oral Temodar once a month for a year, and 2 IV chemo infusions every other week for the next year.

Kalea has been in remission since August of 2019. She repeated first grade because she was full time in treatment. She is doing well, going to school, has a good friend group and pretty much back to normal life. Shortly after this interview, her follow up MRI showed a relapse and she is currently on Round 2 of chemo and will eventually do high dose chemo and stem cell rescue.

Both kids have amazing attitudes and resilience and continue to attend school and other activities, as much as they can, during and after treatment.

“Social Media has allowed us to meet and get in touch with other wonderful families, especially families that are dealing with the same circumstances as us. People have reached out to us from all over the world.”

“It is honestly not even one day at a time, but one hour at time. On the hardest and toughest of days, you get through that hour and you hold on to just appreciating the hour and take one breath at a time. There are so many ups and downs. You quickly learn how to prioritize what’s important in life. You learn the true meaning of gratitude, gratitude in the smallest and most mundane things.” 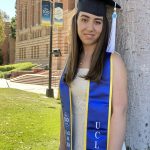 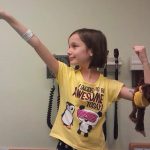