Katie Kaiser Smith, a parenting coach and children’s behavioral specialist from Sherman Oaks, Calif., was just 41-years-old in 2010 when early signs appeared … The left side of her face slightly drooped, her left arm tired easily, her fingers tingled periodically and she was having difficulty moving them.

She finally confided in a friend who was a neurology resident who came to her house and did a quick exam and told her that she should go see a neurologist. Scans revealed a 4cm mass, originally thought to be a grade two, benign tumor. She sought multiple opinions …. But a dispute between UCLA and her insurance prevented her from going to the UCLA Brain Tumor Center for treatment.

“The original surgeon botched it and only got a biopsy but didn’t remove the tumor,” recalls, Katie. At that time, it was diagnosed as a grade three, anaplastic astrocytoma cancer. She then began a six-week treatment course of radiation and chemotherapy but had a severe allergic reaction to the chemo and had to stop.

“When I was diagnosed, I had a one-year-old and a six-year-old. I had to stop breastfeeding overnight. My brain swelled from the radiation and I became almost completely paralyzed on the left side. I couldn’t use my left arm or hand and began having up to 12 epileptic seizures a day. They worried there was possibly necrosis or tumor growth in my brain and we didn’t know what was happening. It was a terrible time.

“My oncologist at the time said, “‘I don’t like how this is going, you should go to UCLA, I think they can get it out.’ I have nothing but respect for that doctor. Who does that? He is an awesome doctor who helped save my life.”

Referred to Dr. Tim Cloughesy as her new oncologist, she recalls, “He was a huge source of comfort and a wealth of knowledge on all things brain cancer.” Together, they decided to proceed with surgery to remove the mass with Dr. Linda Liau.

“I loved Dr. Liau the first time I met her,” Katie says. “She said, ‘I love gliomas, I don’t even need to use my eyes, I can do it by feel.’ She’s really good at what she does, nothing fazes her. She was able to get out 100% of my tumor and they discovered that it was indeed a grade four glioblastoma. By removing it completely, she saved my life. UCLA is amazing. 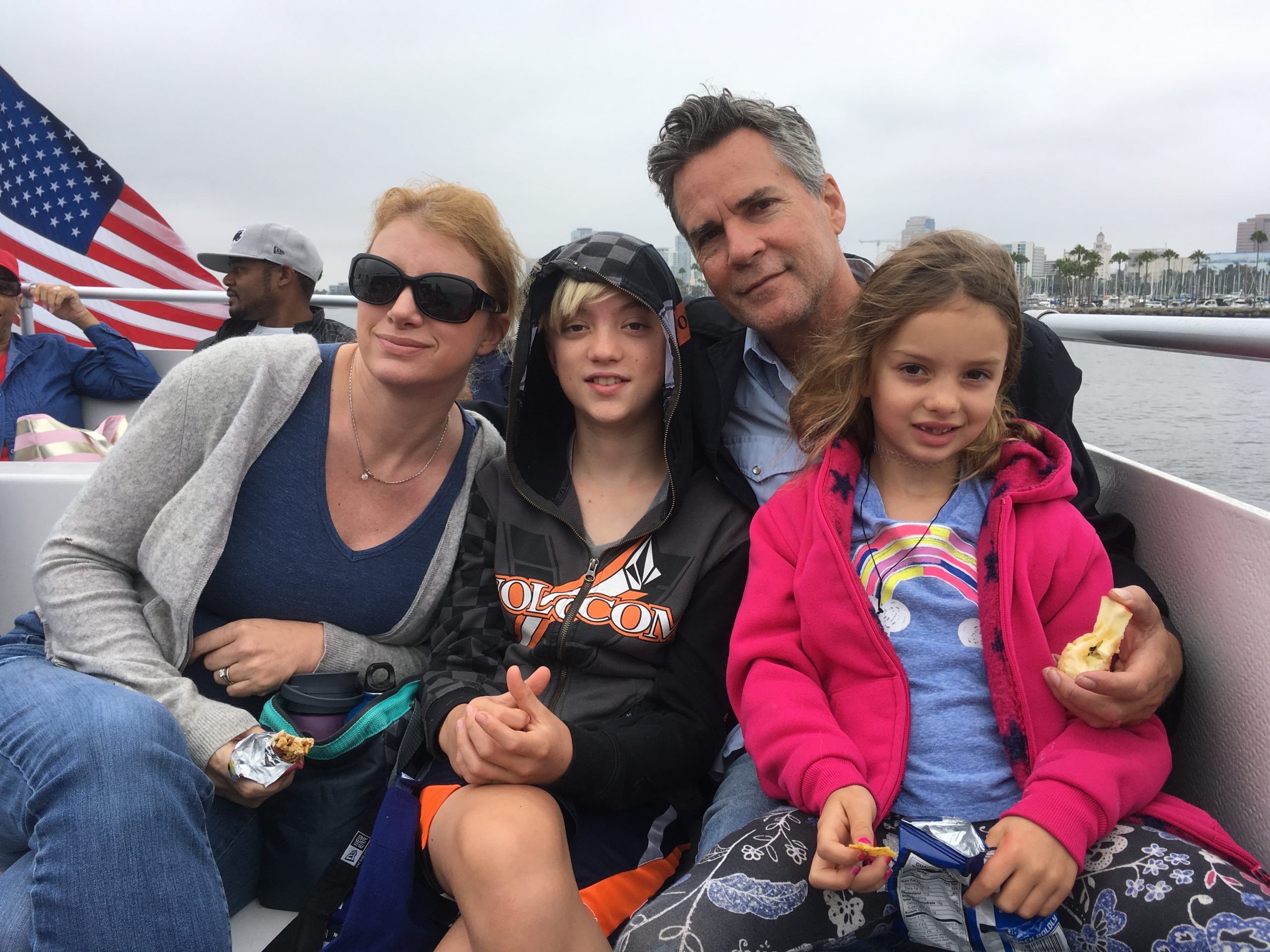 “I still grieve for the things I have lost,” says Katie, who has some paralysis, struggles with her motor skills and has to control the seizures with medication, “but I’m grateful to be alive. I’ve gained an appreciation for life, which is very precious. I wouldn’t say I’m glad this happened to me, but you do get things out of it.

“I’m sure that my children have been affected, but hopefully it will come out in a positive way,” she says about Lucky, now 14, and Haven, 8. “I think they’re more compassionate. They would stroke my hand and say it’s going to be okay when I was having seizures and tell me they loved me. They have to help me every day, which is not something other kids have to do. And my relationship with my husband, Micah, is stronger because of it. I’m spending time with my family and focused on staying healthy. We deal with this together.”

Because she “lost so much time” with her kids, she became president of their school Parent Association for three years to spend more time with them and is now joining the Board of Trustees. “It’s been really fun and keeps me busy. I want to see them graduate, go to college and get married. We really want to travel and take them to visit Hawaii, France and Italy and take them on a tour of Washington, D.C.

“My husband and I wrote and published a children’s Halloween book and we had a companion doll created. We’re writing another one.” Katie also plans to turn the blog she wrote during her medical journey—read by about 300 people a day—into a book to encourage others.

“Re-reading my blog has brought up a lot of emotions,” she shares. “But I love speaking to people who are just starting to go through this and giving them advice and support. There are a lot of complementary things that you can do to increase your chances. Diet and all those things are important, but a positive attitude is key … Having a strong will to live, a reason to get up every day. I could have stayed in bed all day, but my kids needed me and so I got up every morning.

“Take good care of yourself and follow your instincts,” she advises, seven years after her initial diagnosis. “If your instincts say, ‘This doesn’t sound right to me,’ believe it. I always remind myself, If there is one person out there who can survive this, why can’t it be me?” 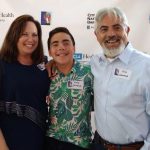