A massive seizure in late 2013 led to a diagnosis of a glioma tumor and brain cancer for Burbank, California-resident Erika Kaestle, then 46, and surgery at UCLA’s Jonsson Comprehensive Cancer Center

Advised by renowned neuro-oncologist Dr. Tim Cloughesy to hold off on chemo/radiation until the event of re-growth (likely within three years, she was told), the Emmy-nominated television producer, athlete and mom was leaving her doctor’s office when, she says, “I noticed a flyer on his door for a 5K/10K run that another patient was organizing to raise money to support Dr. Cloughesy’s research. Having been told that I wouldn’t be able to play ice hockey again due to my surgery, I decided to take up something I always hated—running.”

Forced to take two years off from running when she was accepted into an early-stage, clinical drug trial for AG-881 – which has elicited positive results for her – Erika, now an HOTB Ambassador, is once again training and gearing up for her next half-marathon!

Her goal? Another $25,000! And when she’s not running or on set as a writer/director for Netflix or the Disney Channel? She’s cheering on her beloved L.A. Kings hockey team.

“Before I was diagnosed,” recalls Erika. “I would hear people say, ‘Oh, cancer was a gift’ and I’d say, ‘Bulls**t.’ But when you go through something like this, you realize every moment is a gift. You wake up early in the morning and say, “Wow, I’m grateful to see another sunrise.” Its really changed how I look at everything.

“It’s five years later,” she says. “I’m working fulltime, which I’m incredibly grateful for. It has changed everything in relationships with friends and family. You really put emphasis on the people who are important and realize who was truly there for you. It’s really made me focus on what is important in life.”

Enrolled in the trial of a new brain cancer drug in January 2017 at UCLA, the results have been remarkable, with the graph below showing pre- and post-trial growth. 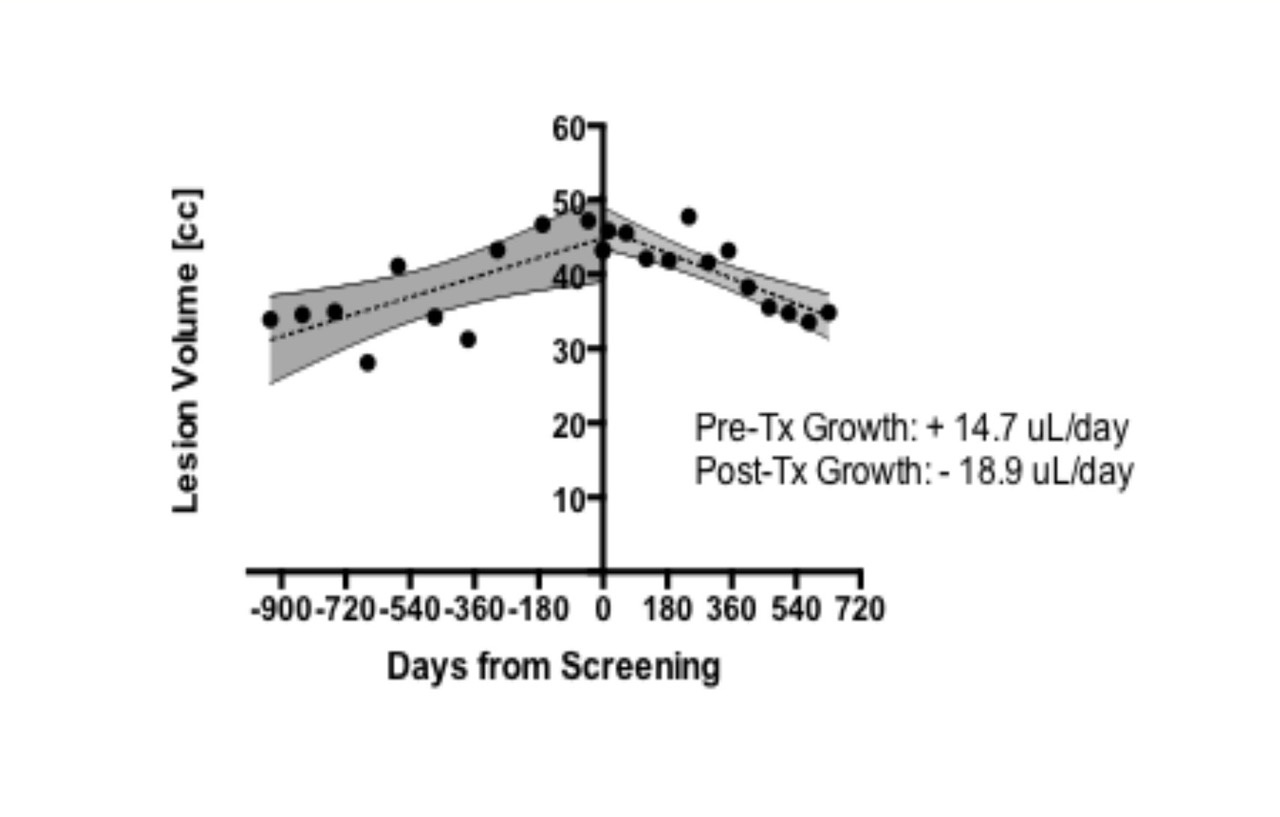 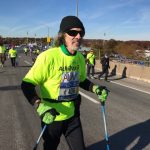